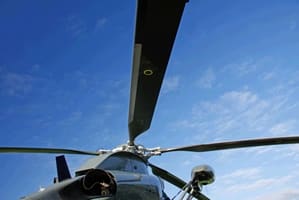 A medical transport helicopter pilot who was fired after refusing to fly a reportedly unsafe aircraft has won both job reinstatement and compensation for owed wages and damages from the Occupational Safety and Health Administration (OSHA).

According to an OSHA press release issued on January 8, the pilot had been assigned to Air Methods Corp.'s station in Lucasville, Ohio, where he had refused to fly a helicopter on July 30, 2013, after determining that its emergency locator transmitter was malfunctioning. The pilot's refusal to handle an aircraft that wasn't functioning properly earned him administrative leave from his employer, which turned into a full-blown termination just a few days later, on August 5. The incident prompted an OSHA investigation that determined Air Methods had violated the Wendell H. Ford Aviation Investment and Reform Act for the 21st Century (AIR21) by retaliating against the employee for whistleblowing.

"Pilots should never have to choose between the safety of themselves and their passengers, and their job," Nick Walters, the regional administrator for OSHA Chicago, said in an official statement. "Whistleblower protections are critical to keeping workplaces safe. Disciplining an employee for following safety procedures is illegal and puts everyone at risk."

As part of its investigation, OSHA has ordered Air Methods to both reinstate the pilot and pay him $158,000 in owed wages, as well as an additional $8,500 in damages. The disciplinary action must also be expunged from the pilot's record.

Have you ever been fired from a job for what you believe were unfair or unlawful reasons? If so, contact The Meyers Law Firm right away. Our expert wrongful termination lawyers can assess your claim, determine if you may be owed any compensation and fight tirelessly to net you the restitution you deserve.