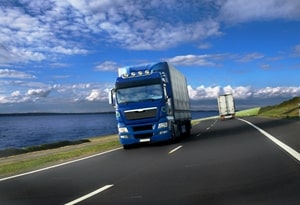 The Occupational Safety and Health Administration (OSHA) has ordered an Oregon trucking contractor to rehire a driver that had filed a whistleblower complaint.

According to local news publication The Oregonian, back in 2011, a Gresham truck driver had refused to take a 10,000-pound vehicle out on the road after discovering it had a tire tread that was unsafe for highway use. Eight days after the driver filed a whistleblower complaint about the faulty tire, she was fired from her job.

While her employer insists that their trucking fleet is regularly monitored for safety hazards like these, and contests that the woman's termination was due to her involvement in three accidents in 90 days and not for reporting a faulty tire, OSHA determined that the driver's firing was linked to her whistleblower complaint. The federal safety agency has ordered the company to both rehire the driver and pay over $115,000 in back wages, tantamount to approximately $600 a week since her firing.

"We will enforce whistleblower provisions to the fullest extent of the law to protect employees, who should not be retaliated against for following the law," said Ken Atha, OSHA's acting regional administrator, in an official statement.

While it's heartening to see federal agencies like OSHA stand up for workers' rights, the fact is that there are more wrongful termination cases than OSHA can possibly account for and represent. If you believe that you or a loved one has been unfairly discriminated against or fired from your job because you blew the whistle on an occupational safety hazard, contact the wrongful termination lawyers of The Meyers Law Firm to assess your case and fight for any damages that you may be owed.