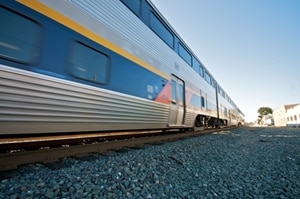 The family of a young camera assistant killed on the job recently announced that a settlement has been reached in the wrongful death lawsuit.

In February, a 27-year-old female camera assistant was killed while shooting scenes for "Midnight Rider," set in rural Georgia. The victim was part of the film crew tasked with setting up equipment on train tracks near Savannah, and was working when a train came through the set. Eight others were injured in the accident. The film company did not have permission to be filming on the tracks.

The victim's father has told the press, "It would have been so easy to prevent this. There's no movie worth producing that's going to take someone's life."

Since the accident, the family has set up a foundation in their daughter's name to advocate for higher safety standards to protect film crews on set.

Four of the filmmakers, including the film's director, have been indicted on charges of involuntary manslaughter, which is a crime punishable by up to 10 years in prison.

If you or a loved one has suffered wrongful termination, harassment, death or injury while at work, you can turn to The Meyers Law Firm. Our Kansas City attorneys will advocate strongly on your behalf to recover any damages you might be owed.

For more than twenty years, The Meyers Law Firm has been helping families harmed by the negligence or wrongful conduct of others. We form a strong partnership with our clients in order to bring attention to areas of ongoing injustice, and to stop the same things from happening to other innocent people. Reach out today if you live in the Kansas or Missouri area and are in need of legal representation.