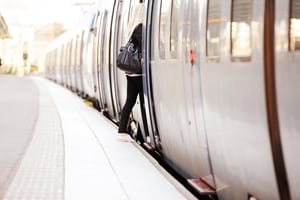 On Tuesday, May 12, an Amtrak train heading into Philadelphia suddenly ran off the rails and crashed. Of its 238 passengers, eight were killed and nearly 200 others sustained a variety of injuries, some of which were significant. Earlier this week we shared with you how this tragedy would inevitably spark a series of personal injury lawsuits filed against the northeast regional train service, and sure enough the wave of litigation is already underway. Just a little over a week after the accident occurred, one of its employees, a conductor and four passengers are launching personal-injury claims against Amtrak on allegations of negligence and carelessness.

Reuters reports that that conductor, Emilio Fonesca of Kearny, New Jersey, suffered broken bones and trauma during the train crash and remains in the hospital for treatment. The four passengers filing suit against Amtrak allege incurring "serious and disabling injuries" from the accident, one of whom will need to undergo a number of surgeries just to avoid having her right arm amputated.

Although the amount of damages being sought by the plaintiffs was not disclosed, federal law prevents Amtrak from having to pay any higher than $200 million in total for all victims — a cap that injury attorneys argue will result in too few damages to properly compensate for the medical care or loss of income caused by the crash.

This legal protection wouldn't apply to the sixth plaintiff, Bruce Phillips, though. As an employee of Amtrak, Phillips' personal injury claims are exempt from the law and not counted toward or limited by the $200 million cap.

As of this reporting, an investigation by the National Transportation Safety Board (NTSB) into the crash is still underway.

If you've been hurt due to another party's negligence and need to find a personal injury attorney to take on your case, contact The Meyers Law Firm. Our professional attorneys will review your claim and determine what your next steps for legal action may be.