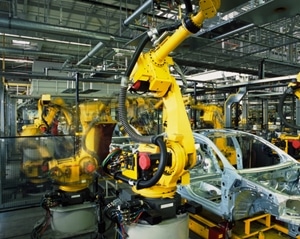 Fifteen years ago, Ford's assembly plant on the Chicago South Side was sued for sexual harassment by a former employee, a case that the automaker settled for $9 million. Last November, allegations of sexual harassment and gender discrimination resurfaced, accusing the Chicago plant of fostering a work environment in which female employees were the subjects of verbal and physical sexual harassment. That complaint, filed by four women initially, was then backed up by an Equal Employment Opportunity Commission (EEOC) investigation this past March, substantiating the plaintiffs' claims of both sexual and racial discrimination.

In the months since the lawsuit was first filed, a grand total of 33 women have come forward to accuse the Ford plant of widespread sexual harassment. In response to these allegations, the automaker has since reportedly fired the Chicago plant's manager and human resources and labor relations leaders, although this remains unconfirmed by either Ford, the EEOC or the United Automobile Workers (UAW) union.

"The UAW and Ford Motor Company share a strong commitment towards eliminating sexual harassment and discrimination, of any form, in the workplace," said Jimmy Settles, vice president of the UAW Ford Department, in an official statement. "Such conduct is unacceptable, it is not tolerated and there are policies in place to prevent such from occurring."

The lawsuit, however, contends that Ford's leadership in the Chicago plant knowingly "turned a blind eye" to daily instances of open and ongoing instances of sexual harassment and hostility toward female employees. The allegations, according to the Chicago Sun-Times, include "attempted rape, unwanted sexual advances, touching, groping and men exposing or showing pictures of their genitals."

If you've suffered sexual abuse or harassment in the workplace, contact The Meyers Law Firm right away. Our expert employment discrimination lawyers can review your claim and determine what your next steps for legal action may be.