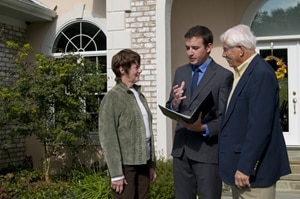 Another former employee has filed a wrongful termination lawsuit against the real estate tech startup, Zillow, according to CNET.

A 41-year-old single mother of two filed the suit claiming that Zillow managers discriminated against her because of her age, later firing her as a result of an injury she sustained in a car crash.

The former employee reported that Zillow encourages a sexist culture that rewards lewd comments and inappropriate behavior from employees. According to the suit, the plaintiff refused to engage in such activity and conversation, and was consequently asked by coworkers whether she was "too old to close." Another employee allegedly told the woman that she was too old to "keep up with the rest of us."

The employee was injured in a car accident this summer, and went immediately back to the office. She was allegedly forced to participate in a sales "blitz," not being allowed to stand up for three hours while she and the team placed phone calls. As a result of the blitz, she says that her crash injury grew worse and she had to be hospitalized. During her hospitalization, she was allegedly fired for "job abandonment." The former employee is suing the company for ageism and wrongful termination, and is looking to recover damages as well as attorneys' fees, lawsuit costs, interest and punitive damages.

If you believe you've been wrongfully terminated, then contact The Meyers Law Firm, which has been helping families in the Missouri area seek justice for over 20 years. Our professional Kansas City attorneys can help you consider what damages you might be owed and what your course of action should be.